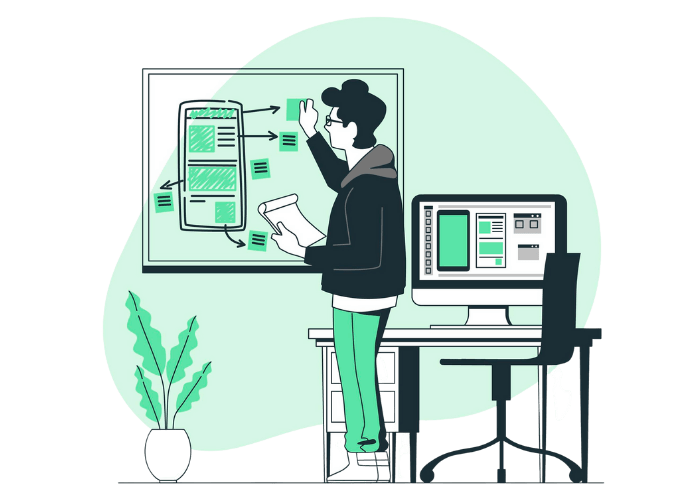 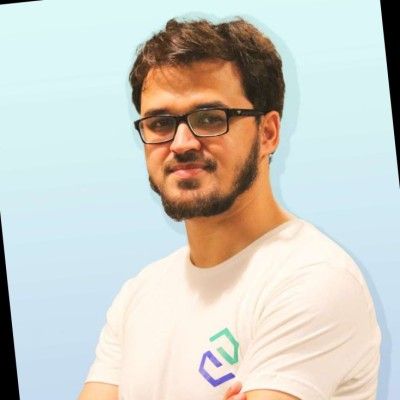 The Minimum Viable Product (MVP) for Software as a Service (SaaS) has become a profitable and popular business model. Well-established giants like Microsoft Oracle, Adobe, and Salesforce are on the top. Many, new SaaS startups emerging every year in the market, it’s hard to get a SaaS product noticed and accepted well by users.

As a result, an MVP concept has emerged as an essential practice to stop wastage of resources and time. An MVP for SaaS startups can test the significance of their idea and build a more efficient final product. 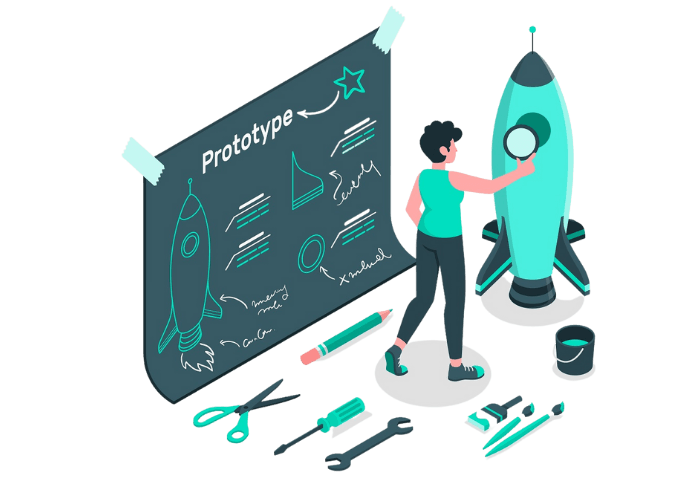 A minimal viable product is a version of a newly transformed product with very few features for its initial users. While having the knowledge of market, an MVP developer designs the final product and uses sharpest methodology for the management of project.

The term was first coined by Frank Robinson and Popularized by the author of lean startup, Eric Reis.

Eric Rise defined an MVP as, “Version of a new product that allows a team to collect the maximum amount of validated learning about customers with the least effort.”

MVP development for a SaaS startup

The entrepreneurs and developers who decided to venture into SaaS, MVP is an ideal approach to the current ever changing SaaS market, and it is widely used.

Developing an MVP helps you to build your application faster, and you get the chance to know what the target audience thinks of your product, so you could be ready to meet their needs. An MVP is a prerequisite to show the capability of your product.

Building an MVP for successful SaaS startup requires you to prioritize your end user. It’s important to first understand the people whose life your SaaS product targeted.

The development of an MVP reduced the rework time, as it focuses on core functionality. Look for competitors in the market and make an assessment of similar start-ups and try to analyze success and failures. Your SaaS MVP must outperform your competitors.

“Analyze your direct and indirect competitors. Numbers such as market share per competitor, market capitalization, competitors pricing structure will help you determine if the MVP is worth pursuing.” David Morneau, Co-founder, inBeat.

Benefits of SaaS MVP Development for a startup

SaaS MVP helps people visually analyze the idea. On one hand, you are just speaking about it while on the other hand, you are making it clear by showing your minimum viable product. Think about it, which form of pitching would be more validated? Besides, with a SaaS MVP you will be able to test if it fits the market, solves a real problem or if any change is required.

SaaS MVP is cost-effective and budget-friendly for the startups as it permits them to develop on the core features of the idea at a reasonably low budget. This helps to save funds for the final product development and scaling of the business idea.

Feedback is essential for any product to be successful in the market. It helps the startups to get familiar with the usability and practicality of their idea. Saas MVP provides room for the users to analyze and give feedback on the proposed product. These are created with a minimum of both time and money, therefore, it would save the startup from a bigger loss if the idea is not validated.

With all the feedback received on the SaaS MVP, the startup owners get to know the customer mindset regarding their idea. Now, they can easily enhance their product and attract customers.

An MVP is a collection of all the core functionalities and is already tested in the marketplace. So, the final product takes minimum time to develop and hence, its launch becomes convenient and quick.

6. Key to unlock the doors of investments

Investment at an early stage can boost startups. Reaching out to an investor with an MVP can ensure the acquisition of investment and hence, the product development.

MVP of an idea is basically a ‘solution’ to a problem. But it is important to clearly address the problem from its micro to macro extent. This will help you to find the correct and precise solution and not just a generic one. The success of a SaaS MVP depends more on the accuracy of understanding the problem than the solution itself.

Prior to Setting up a SaaS MVP, it's crucial to know your target audience to deliver an accurate SaaS product that sorts to improve their life and work because simply if there is no need among the audience for that tool, it's useless. How to know the need? Apart from collecting general information about them, it is recommended to talk to people directly and gather honest feedback from them via feedback forms, social media interactions, etc.

Knowledge of the market as well as of the technology is a must and can only be achieved via thorough research work.

There is no such thing as a Prime Feature of a SaaS MVP. It is totally based on the needs and pains of the target customers. SaaS platforms provide means to customize your MVP according to the market needs.

The simpler, the better. Try to look for the least complicated approach to solve a problem because your target users can range from technical experts to common man as customers are less likely to appreciate a program that is too complex to be used.

The success of a Software program or a SaaS product is not fixed upon the idea alone but the way in which the idea is carried forward. Always keep track of your competitors because that will define your execution pathway.

If several companies are successfully running with a similar SaaS startup idea, rethink about carrying forward with that idea especially when you don't have a strong marketing strategy. If a similar product is launched before yours and is performing well, you should come up with its upgraded version to beat the competition.

Plan out your moves at each development and scaling stage to have a clear picture of your gradual progress.

8. Develop the Prototype and MVP

Now you are ready to work on the SaaS MVP in particular.

9. Generate Pricing Models and test them

SaaS MVP provides opportunities to hit-and-try various Monetization Strategies. Suggestion is to create different pricing models as per the market and the consumers and test them as it is the best stage to develop the perfect pricing model for your startup idea.

Take Feedback from the users and Launch the Product if outcomes are positive or improve the MVP as per feedback.

How much does it cost to Build a SaaS MVP?

The estimated costs of developing a SaaS MVP is not fixed but dependent on certain factors, which include:

Average hourly rate around the world might range from as low as 15 dollars to as much as 200 dollars. So, suppose for any country (for example) with a work of 100 hours, the cost may lie between $1500-$20,000 for a complete SaaS MVP Development of a startup or business.

However, as mentioned above it is subject to vary according to the needs/demands of the owner.

(Note: This price range varies depending upon the type of mobile application and required mobile app functions. Consult with our expert developers to get a complete quote.)

Technical perspectives for developing an MVP for SaaS startup

To develop an MVP for a SaaS startup there are many techniques and tools available, yet there are still a lot of challenges on the technical side of things. This is why the majority of successful SaaS projects are created with the help of outsourcing companies that have experience creating custom SaaS products.

The first thing you need to do when building a SaaS solution is to make sure your customers feel secure using it, especially when you’re using cloud services. If the system is collecting and processing individuals data, you have to make sure that only the minimum required data is collected and that is thoroughly protected. Techniques that one should use such as, multi-tenancy, multi-factor authentication, encryption, and separate databases for each user.

You have to develop a fast and responsive system viable to user actions in a cognitively comfortable 300 milliseconds or less. In some cases, heavy optimization will be required, but this is one area where you shouldn’t cut corners, even for an MVP.

A commercial database solution is preferred while building an app meant for high traffic and load apps. When you develop an MVP for SaaS startup one can start with free databases like Postgres or AWS or Heroku. When you progress, and the free database method is no longer sustainable, one can opt for commercial database instances on premise or in cloud computing, which will incur additional costs but sustain the load. 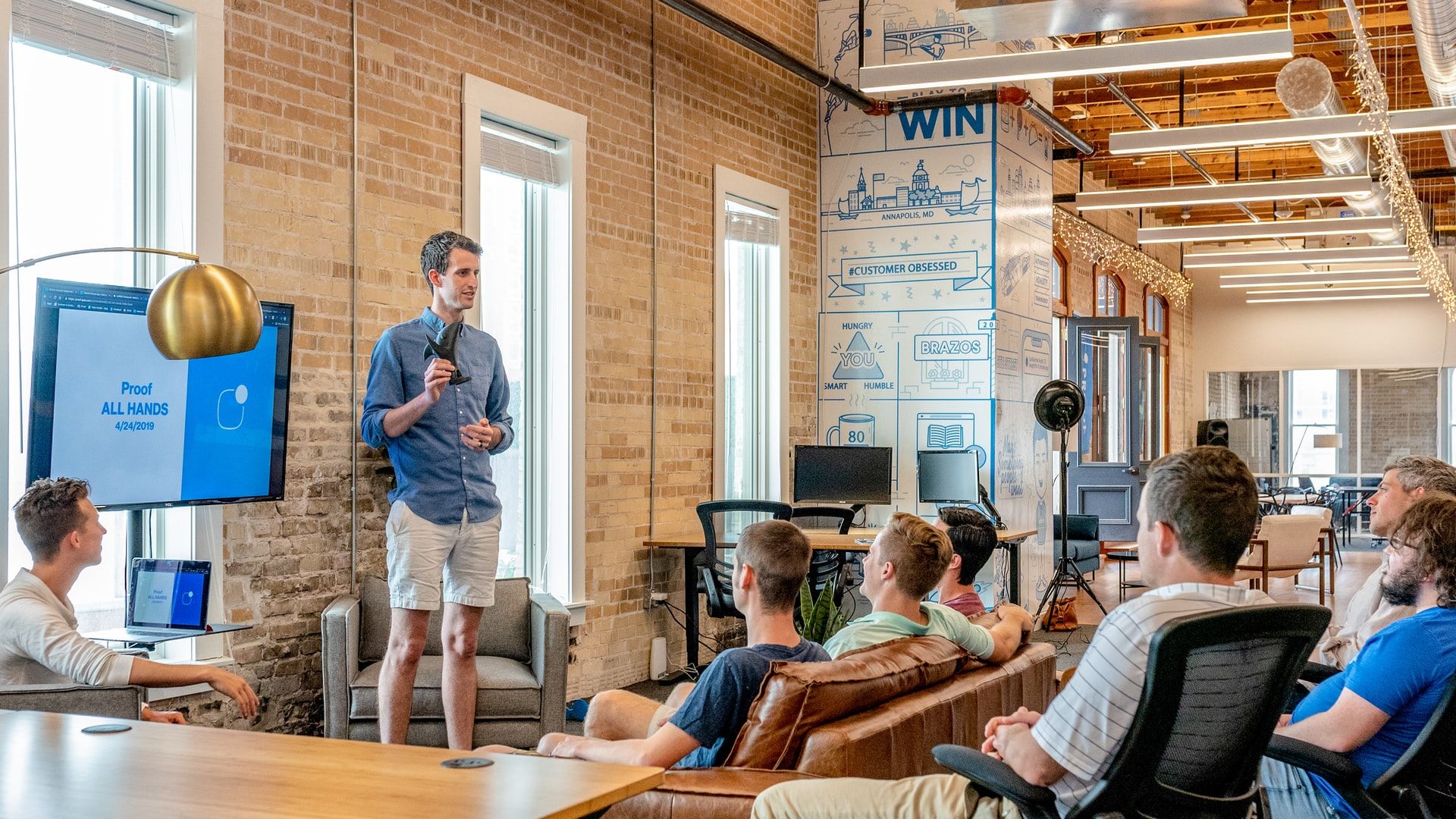 Load testing assesses whether the system will buckle during peak loads and other conditions. While developing an MVP for a SaaS startup, you need to consider how many users should be available to acquire immediately. Load testing is among the most costly types of testing, and it can be pushed back to when you need it.

Apart from the technical insights, other important factors can be proof of the successful development of an MVP for SaaS startup

An MVP is just a basic version of your SaaS product; it’s the most influential in your product’s success or failure. Getting a deep knowledge of your target audience’s needs and the key to success for your SaaS MVP.

Developing an MVP for SaaS takes a lot of technicalities which all needs to be looked into before starting development. Keeping in mind the goal of launching the product.